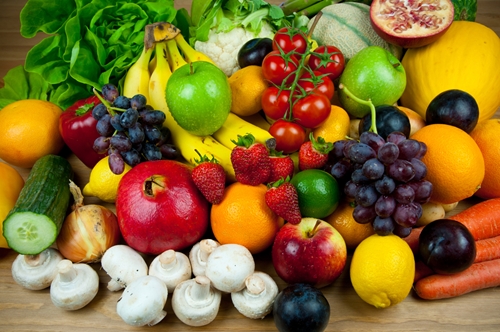 Food can be frozen, preserved, refrigerated and even dried, but despite your best efforts, all food goes bad eventually. Before you can learn how to make your food last longer, it's important to understand why food goes bad in the first place and which factors may contribute to quicker degradation.

Blame It on the Bacteria
Certain foods - like fruit, bread and vegetables - spoil quickly, while others - like honey - seemingly never go bad, but every edible item battles one common foe that can be blamed: bacteria. These microorganisms live on all surfaces, and while some bacteria is good for your food, the majority can cause spoilage and rot. According to the Weill Cornell Medical College, bacteria can significantly alter food's quality and safety, regardless of how it's stored. Fresh, perishable foods - like fruits, meats and eggs - are more susceptible to bacteria growth, as these items offer more hospitable surfaces on which these microorganisms can thrive.

Amy Taylor, MPH, RD, CDN, a dietician at the Weill Cornell Medical Center, explained that bacteria can grow exponentially over the course of several days, so it's crucial to eat or preserve perishable foods within two to three days of purchase. The source also noted that many forms of harmful bacteria are invisible, meaning that while mold and discoloration are clear indicators that food has spoiled, some foods do not have visible indicators but are just as unsafe to consume.

Preventing Food from Spoiling
Food Safety Site reported that water is one factor that contributes to bacteria growth, and that adopting methods that will extract water from foods may be the best way to extend shelf life. The source noted that drying, dehydration, freezing and using additives are all effective in removing water from food.

When a product becomes frozen, the chemical reactions taking place on its surface and in its composition are significantly slowed - this means bacteria has a much more difficult time growing on the surface, as the food lacks water and oxygen that bacteria need to survive. However, over time, the freezing becomes ineffective in fighting against the growth of these microorganisms, as plastic bags and storage containers gradually allow air to seep in. To get the most from your foods, use a vacuum sealer to ensure the environment remains airtight.