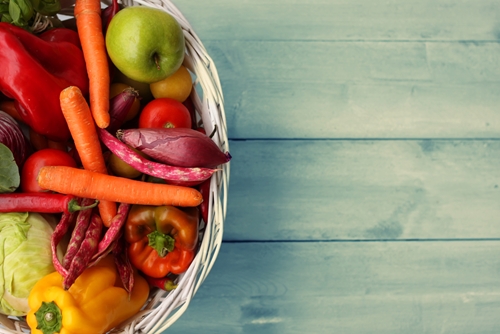 Freezing Vegetables: What You Need to Know

Freezing your vegetables is an excellent way to preserve them for future use, but if you're not careful, improper storage may lead to a pile of soggy veggies, a load of food waste and a whole lot of disappointment.

To save your groceries and your spirit, follow these steps next time you break out your vacuum sealer to save your veggies for the long haul.

Be Sure to Blanche
Before you prepare your vegetables for the freezer, it's imperative to blanche them first. The National Center for Home Food Preservation reported that blanching, or the boiling of vegetables in water or steam, is crucial to ensure that the foods remain fresh when frozen, as the action inhibits enzymes that may cause discoloration or loss of flavor. In addition, the process both cleans and softens the vegetables, making them easier to store.

Blanching techniques and times vary by the vegetable in question. The NCHFP recommended water blanching for the majority of vegetables. Appointing 1 gallon of water per pound of vegetables, bring a pot to boil then add the food. When the water starts boiling again, it's time to start counting the recommended blanching times. It's imperative to research blanching times before boiling vegetables, as improperly prepared foods will not freeze correctly.

Store in Portions
Instead of freezing your vegetables whole, prepare them before placing them in storage containers. After blanching, cut your vegetables into appropriate portions, whether you prefer storing by measurements or pounds. Be sure to keep a permanent marker handy so you can mark how much you've placed in each bag.

If you're freezing corn on the cob, blanche the cob in its entirety first. After it's cooled, use a large knife to separate kernels from the ear to make the preservation process more effective. Other large vegetables - such as peppers, eggplant or squash - should be cut into small pieces for proper storage.

Keep in Airtight Containers
To prevent your vegetables from battling the destructive effect of oxygen or other compounds found in the air, it's essential to store them in an airtight container. Using a vacuum sealer is one of the best ways to keep veggies secured, according to EatingWell magazine. The source noted that this process keeps the contents fresh for an extended period of time, as they are less likely to react with compounds in the air. The NCHFP noted that properly frozen vegetables can last between eight and 12 months.