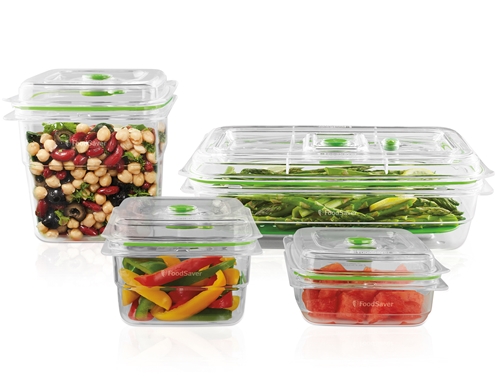 How to Keep Your Fruits and Veggies Fresh This Summer

Here's a situation we all know too well: You go to the local farmer's market and find some amazing fresh produce that looks better than anything you've seen at the supermarket. Naturally, you stock up. You're excited to eat so well all week, but when you go to grab that peach that looked so delectable just a mere few days ago, you find that it's already mushy and inedible. It's a sad story, but something that all fruit and vegetable lovers experience regularly. However, there are food preservation methods that you may not be implementing that allow you to keep your produce fresh for longer.

Keep Location in Mind
Not all vegetables and fruits need to be stored in the refrigerator. However, if you're not keeping them in the fridge, you're probably keeping them on the counter - likely next to the gas stove or the appliances like toasters that emit heat. Don't do this. The heat and natural gases emitted from these things can speed up the ripening process, giving you such a short window of time to enjoy your fruits and vegetables. It's also important to store your bananas away from the rest of your fruits, as they emit a lot of Ethylene gas, which spoils other fruits.

If You're Cutting Your Produce
Some people like to cut their produce ahead of time, so that when they're in the mood for a snack, all they have to do is reach in the fridge. However, cut produce expires much quicker than whole. If you opt for this time-saving method of snack preparation, FoodSaver® Fresh Containers would be a worthwhile investment. These containers allow you to vacuum seal them, keeping air out and freshness in for up to 2X longer than other non-vacuum storage methods. Washing fruits can cause them to mold faster, too, so when you store your pre-washed fruits in containers, line them with FoodSaver® Fresh Container Produce Trays. Simply place them in the containers to keep moisture away from your produce.

Keep Everything in the Right Place
If you have any of these foods on your counter, move them to the fridge:

No matter if you're storing the fruits and vegetables in the fridge or on the counter, it's important to make sure that you don't store the fruits and vegetables together. Like bananas, most fruits emit ethylene gas. Though vegetables don't emit it, the gas can cause nearby veggies to spoil earlier than they would had they been stored on their own. If a vegetable that's typically stored on the counter is only partially used, like for a salad, vacuum seal it and put it in the fridge or freezer to preserve its freshness.

If Your Food Still Spoils
Do you know that saying that one bad apple can ruin the whole bunch? Well, that's not just a saying referring to that bad influence in your fifth grade classroom. One bad apple, or any type of produce for that matter, can actually spoil the whole bunch. If you notice anything in your vegetable crisper or fruit basket that looks like it's going bad, remove it from the area immediately before everything else it touches begins to spoil too.