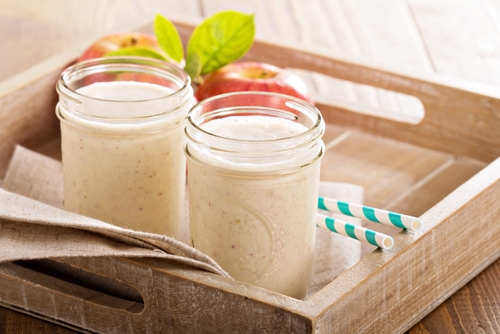 How to Seal and Freeze Jars

Anyone who has left a can of soda in the freezer a little too long knows that sealing and freezing a closed container of liquid can be a big no-no. What many don't know is that it's still doable with the right technique.

If you want to seal and save a smoothie or a jar of chicken broth for a really long time, you might consider using a Ball® and Kerr® Mason jar along with your FoodSaver® Wide-Mouth Jar Sealer and 2-In-1 Vacuum Sealing System. If you want to use this handy technique in the kitchen, just follow these tips.

Pick a Straight Shoulder Jar
Ball® makes mason jars specifically for freezing. They're made with a straight shoulder. That means there's no curve around the neck of the jar, which makes it easier for them to stand up to low temperatures and expanding liquids.

However, the jars design isn't all you should consider.

Don't Completely Fill the Jar
To freeze your soups and stews safely, it's important to leave a little space at the top by the lid. It's recommended that you fill the jar enough so that there's at least one inch of space between the liquid and the top.

Cool Those Contents
Don't just move a piping hot chili in a jar into the freezer. Glass can crack if the temperature changes very quickly. That's the same reason you wouldn't put a casserole lid in a sink filled with water right after it's been in the oven.

Cool the jar and its contents gradually by moving it to the fridge first.

Freeze First
After lowering the temperature, move the jar to the freezer, but keep the lid off. Even though your mason jars are freezer-safe, glass can still become very fragile when cold. You'll want to wait until the liquid is frozen solid before taking the jar back out and vacuum sealing. Doing this after will protect the substances from freezer burn. Plus, it's a cinch to do.

Be Careful When Thawing
When you're ready to savor that fresh food later on, you'll have to take a little extra care. Remember, glass can crack when the temperature changes dramatically, and this goes both ways. Don't heat up that frozen jar too quickly. Instead, move your smoothies or the like to the freezer the night beforehand so it can safely warm up.